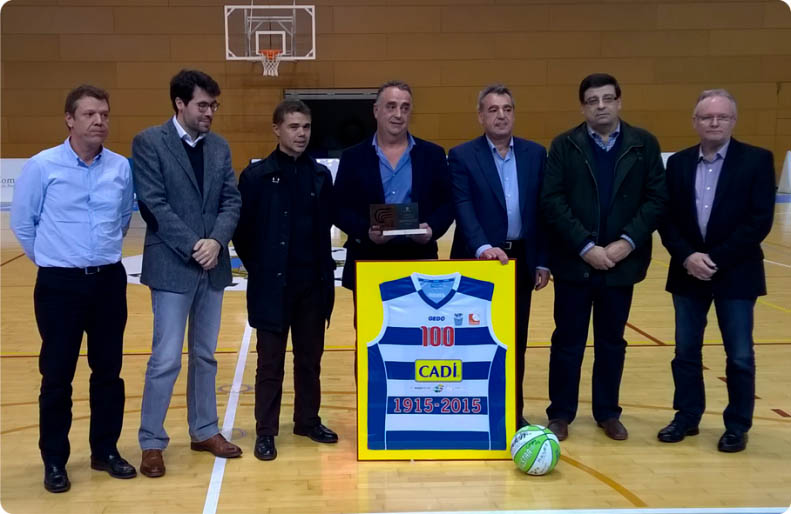 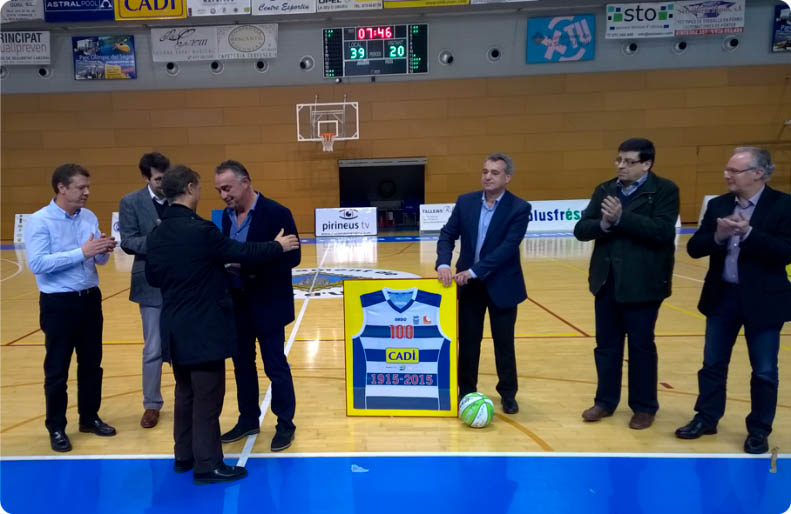 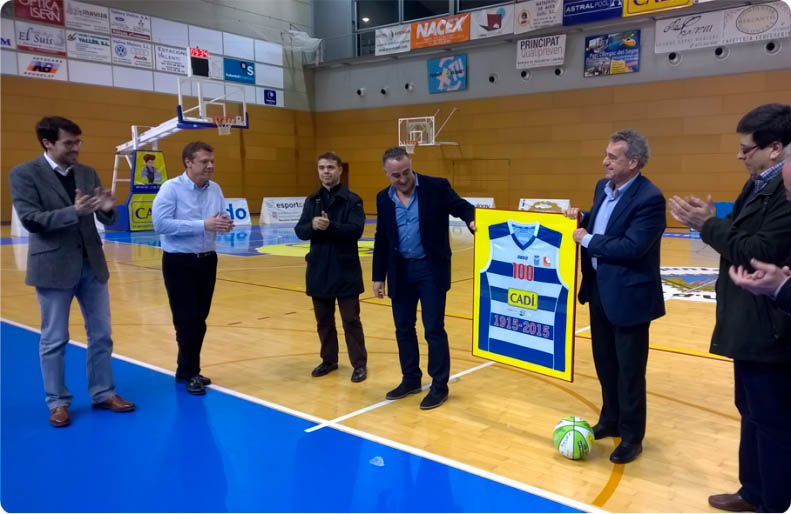 In the game of last Saturday in which CADÍ LA SEU returned to the competition after the break of Christmas break and in which the team won, with excellent work and play, to the University of El Ferrol by 77-52, consolidating in this way the 4th place to the classification of the LF, the club paid a well-deserved tribute and recognition to CADI SCCL, sponsor of the club and the team for more than 25 years, celebrating during this year 2015 the centenary of the foundation of the biggest company in La Seu d’Urgell.

The President of the club, Mr Pere Porta, addressed a few words to the president of CADI SCCL, Mr Lluís Clotet, and to the Manager of the company, Mr Jordi Clotet, being grateful for the loyalty showed by CADI SCCL towards the sports projects of the club A.E. SEDIS BÀSQUET club and and in particular since the senior team is in the highest category of state basketball, and congratulating the company on this ephemeris, and especially to keep him as national leader in its sector.

They were also present at this party and act the Secretary-General of the sport of the Generalitat of Catalonia Mr Ivan Tibau, who also delivered to CADI SCCL a recognition on behalf of the Generalitat for its implication in the project of the club. The Mayor of La Seu d’Urgell, Mr Albert Batalla, the President of the Regional Council of the Alt Urgell, Mr Jesús Fierro and the President of the Territorial delegation in the FCBQ Lleida, Mr Ferran Aril joined these thanks to CADI SCCL.